20 Things to Know about the Russian Incursion into Ukraine 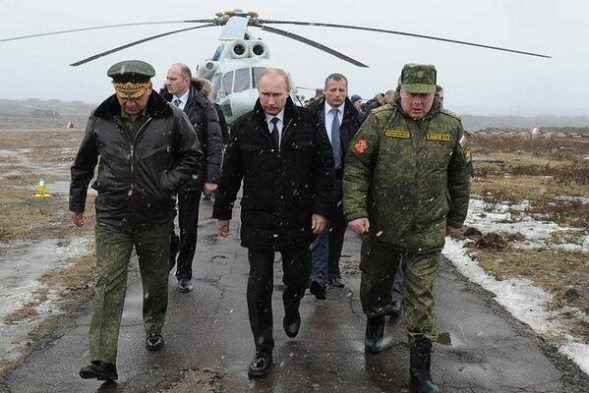 Our hearts and prayers go out to the people of Ukraine, as they undergo both an internal political crisis and what appears to be military intervention from Russia.  For people of a certain age, the current events, with tanks rolling across the Russian border into a neighboring nation that wants to exercise its freedom, it feels a bit like the Cold War days all over again.

Whenever we see troop movements and fires raging in the streets of a capitol city the size of Chicago, our instinct is to assume the worst and move our money to the sidelines.  But is this really the best strategy?  Some commentators see any market downturn as a buying opportunity, since stocks are going on sale simply because of unfounded fear of economic aftershocks.

Here are some facts that you might not know about what has, hitherto, been a relatively quiet new member of the world economic community.

1) The word “Ukraine” means “borderland” in proto-Slavic.  It appears to have acquired this name simultaneously from Poland, Austria and Russia, referring to the territory that sits across the border of so many European nations and Russia.  In fact, the Polish referred to their troops stationed in this area as Ukranians–that is, borderlanders.  Since the country became independent from the Soviet Union, it is no longer referred to internationally as “The Ukraine.”

2) Ukraine’s currency is the hryvnia, adopted in 1996 after the country suffered the greatest one-year bout of hyperinflation in global economic history.  (Zimbabwe has since broken the record.)  Today, one dollar will buy 9.6 hryvnias.  A euro will buy 13.3 of them.

3) After Russia, Ukraine has the largest military presence in Europe.  Ukrainian troops have been deployed as part of international peacekeeping missions in Somalia, Kosovo, Lebanon and Sierra Leone, and has engaged in multinational military exercises with U.S. military forces.  NATO has accepted Ukraine as a member pending a national referendum on the matter–which will obviously be delayed until the conflict with Russia has played itself out.

4) Ukraine has one of the world’s most active space programs.  The National Space Agency of Ukraine has launched six self-made satellites and a total of 101 launch vehicles.  The country also manufactures the An-225 aircraft, the largest aircraft ever built.

5) Due to low birth rates, Ukraine’s population is declining at the sixth fastest rate in the world, behind the Cook Islands, the Federated States of Micronesia, the Northern Mariana Islands, Niue (an island nation in the South Pacific) and the Eastern European nation of Moldavia, which borders Ukraine.

7) According to the World Bank, Ukraine’s economy is the 51st largest in the world, ranking just behind Peru and the Czech Republic,a nd just ahead of Romania and New Zealand.  But its $7,295 (US) per-capita income (a rough measure of a nation’s wealth) ranks 106th in the world, behind Namibia and El Salvador and ahead of Algeria, Micronesia and Iraq.

8) Ukraine co-hosted the Euro 2012 football (soccer) tournament (with Poland), which is one of the major sporting events in Europe.

9) Even though the Chernobyl nuclear disaster occurred in Kiev, Ukraine operates the largest nuclear power plant in Europe.

10) Despite comments that Ukraine is divided between ethnic Ukrainians and Russia, 77.8% of the population is ethnic Ukraine, and only 17.3% is Russian. 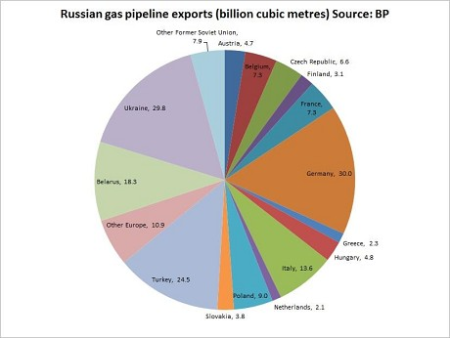 13) Ukraine also happens to be Russia’s second-largest customer of petro-fuels.

14) Russia is drilling for oil in the shallow waters of the Black Sea near the Crimean Peninsula, which shows promise of having significant reserves.

15) Among others drilling in the same area: Chevron and Shell Oil.  If they begin production under the Ukrainian flag, it would significantly undercut Russia’s oil and gas market share and prices, simultaneously boosting Ukraine’s economy.

16)  When the Russians (as the Soviet Union) invaded Afghanistan in 1979, the U.S. and many Western nations boycotted the 1980 Olympic games, which were hosted in Russia.  Is it interesting that Russia decided to move forces into Ukraine immediately AFTER the Sochi Olympics were finished?

17) Among the most likely responses to the Russian/Ukrainian crisis is the cancellation of the upcoming G8 summit in Sochi.  Another possible response might remove Russia from the G8 club.  This would embarrass Russian strongman Vladimir Putin at home and isolate him (and Russia’s economy) abroad.

19)  Russia’s economy could be the big loser in the aftermath of the Ukrainian crisis.  Share prices for companies based in Russia declined by 10 percent the day after mysterious soldiers took over the Crimean peninsula, also triggering an outflow of domestic currency that Russia desperately needs to invest in modernizing an economy largely (today) based on selling abroad what is pumped or mined out of the ground.

20) The threat of disruption of trade between Western nations and Russia (either due to sanctions or reluctance to deal with a country that doesn’t seem to be focused on following international law) cost the Russian economy $60 billion in a matter of days–more than the total cost to stage the Sochi Olympics.

21) (bonus) Let’s assume that we are not headed toward a world war.  Several commentators have unhelpfully pointed out that the Crimea became the flashpoint for World War I, but the world is somewhat different today.  There could be some impact from higher energy prices in Europe if the Ukraine pipelines are disrupted temporarily, but Russia needs to sell its oil and gas as much as Europe needs to buy it.  Unless someone is heavily invested in Russian stocks, the crisis will likely be seen as a portfolio non-event. 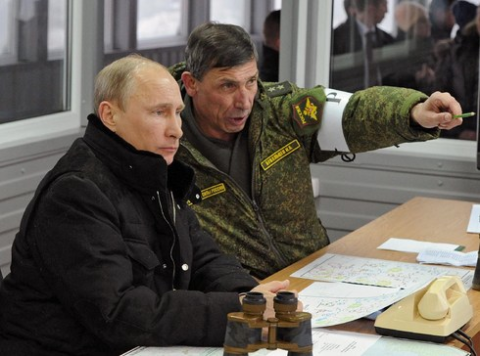